While riding the tram over the last weeks, I found myself observing what people read and decided to start a compilation of the different genres and authors found in the public transport. This is the second five-book instalment: 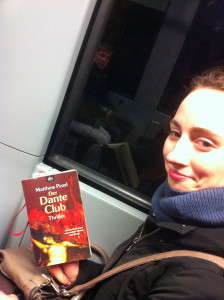 The Dante Club by Matthew Pearl

The Dante Club is a mystery novel by Matthew Pearl, American novelist and educator, and his debut work. Set amidst a series of murders in the American civil war era, it also concerns a club of poets, including such historical figures as Henry Wadsworth Longfellow, Oliver Wendell Holmes and James Russell Lowell, who are translating Dante’s The Divine Comedy from Italian into English and who notice parallels between the murders and the punishments detailed in Dante’s Inferno. The plot is largely fictional, although the main characters are real, as are many of their biographical details. Supporting and background characters, as well as those directly involved with the murders, are also mostly fictional.

The Princess by Eric Maron

The Princess (Die Fürstin) is an historical novel based in 1772 about Charlotte, a woman fighting for the throne and her love. She comes from an impoverished noble house and is one of eight daughters looking for man who is willing to make her free.

Eric Maron is one of the pseudonyms of the German writer couple Iny Klocke and Elmar Wohlrath. The most common pseudonym they use is Iny Lorentz. After Iny and Elmar have their novels written for many years in addition to their normal jobs, they live since 2007 as a freelance writer in a place near Munich and have ideas for many more novels. Both work as programmers in an insurance company. Since the early eighties, they have already published several short stories. 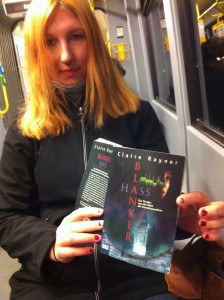 Naked Hate (Blanker Hass) is a thriller about the world of forensic medicine. The writer, Claire Rayner, is an English journalist best known for her role for many years as an agony aunt. Rayner is Vice-President (and former President) of the British Humanist Association, a Distinguished Supporter of the Humanist Society of Scotland and an Honorary Associate of the National Secular Society. She is also a prominent supporter of the British republican movement.

Rayner wrote her first letter to Nursing Timesin 1958, on nurses’ pay and conditions. She then began regularly writing to the Daily Telegraph on themes of patient care or nurses’ pay. She began writing novels soon after her marriage, and by 1968 had published more than 25 books. 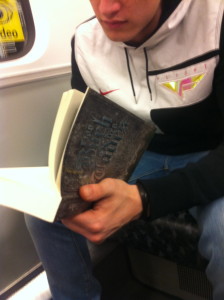 The book of death by Anonymous

The book of death (Das Buch des Todes) is the 4th book on the The Bourbon Kid series, which is a horror/thriller by an anonymous British author. The series premise centers around Bourbon Kid, a teenager that is turned into a supernatural serial killer after drinking some tainted alcohol. As the series progresses he becomes hunted by several different groups of people and must find a way to stop the evil plans of various villains.

The series began with The Book With No Name, which was originally published in 2000 through Ten Speed Press, but has since been re-released through Michael O’Mara Books. The books are fast paced, pulpy fun with plenty of murders, badass characters and lots of laughs. The first book in the series was initially written with the intent to make it a Western novel, with the author choosing to move the series to present day partway through the book. It was announced in July 2012 that the series was now in development with Fox Television Studios to become a television series entitled Pulp. 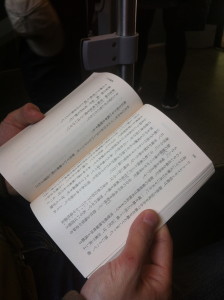 ‘Where and how Dada began is almost as difficult to determine as Homer’s birthplace’, writes Hans Richter, the artist and filmmaker closely associated with this radical and transforming movement from its earliest days. In this book, he records and traces Dada’s history, from its inception in about 1916 in wartime Zurich, to its collapse in Paris in 1922 when many of its members were to join the Surrealist movement, down to the present day when its spirit re-emerged first in the 1960s with, for example, Pop Art.

Dada or Dadaism was an art movement of the European avant-garde in the early 20th century.The movement primarily involved visual arts, literature, poetry, art manifestoes, art theory, theatre and graphic design; and concentrated its ant-war politics through a rejection of the prevailing standards in art through anti-art cultural works. In addition to being anti-war, Dada was also anti-bourgeois and had political affinities with the radical left.