While riding the tram over the last weeks, I found myself observing what people read and decided to start a compilation of the different genres and authors found in the public transport. This is the third five-book instalment:

Flash and bones (Fahr zu Hölle in german version)is the fourteenth novel by Kathy Reichs. In this crime novel, Forensic anthropologist Dr. Temperance Brennan commemorates Race Week in her hometown of Charlotte, N.C., by a close encounter with a barrel filled with asphalt and bones. “A turbocharged story of secrets and murder unfolds in this cleverly plotted and expertly maintained series” (The New York Times Book Review).

Kathleen Joan Toelle “Kathy” Reichs is an American crime writer, forensic anthropologist and academic. She is a professor of anthropology at the University of North Carolina at Charlotte; as of 2013 she is on indefinite leave. The 2005 Fox television series Bones, which she produces, is inspired by Reichs’ life and writing. With the TV seriesabout to enter its seventh season and in full syndication; and her most recent novel, Spider Bones, an instant New York Times bestseller, Kathy Reichs isat the top of her game. 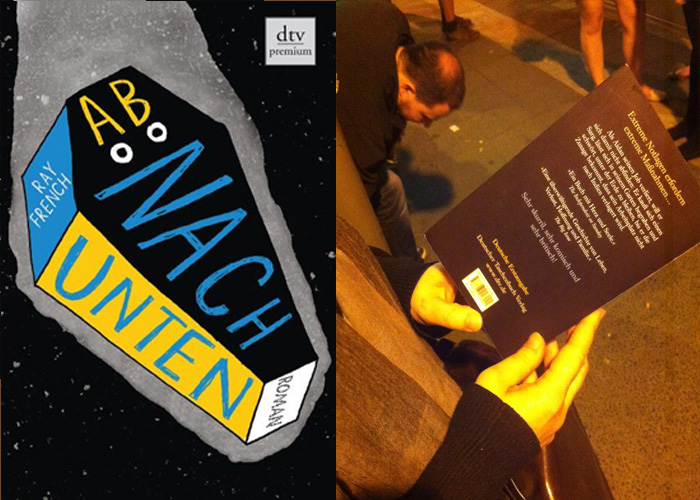 Ray French is a novelist and short story writer. His latest black comedy novel, Going Under, is set in a dead-end Welsh town, where the last major employer is about to close its factory and relocate to India, until one of its employees, Aidan Walsh, buries himself alive in a coffin in his back garden and announces that he’s not coming back up until everyone’s job is saved.

French was born in Newport, south Wales, to Irish parents. Since leaving university he has worked with people with disabilities, as a stagehand, labourer, cartoonist, archivist and in libraries. He now lives in Leeds, the Milan of the north, with his partner and their daughter. Going Under was adapted for German radio and has been optioned as a film in France. He also continues to write short stories. He is currently finishing his third novel and working towards a new collection of short stories. 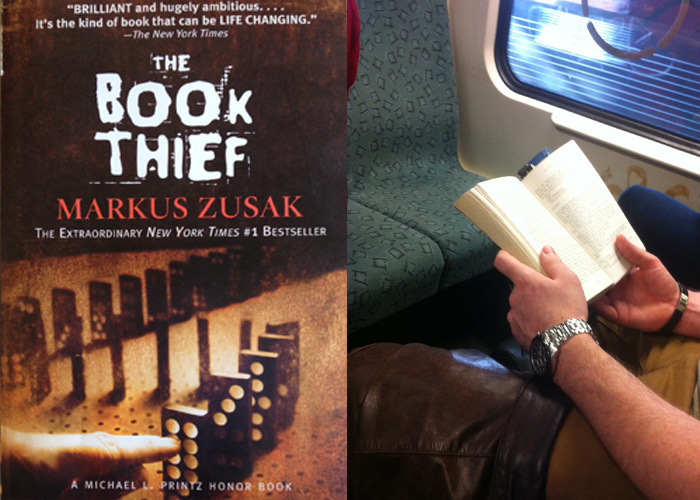 The book thief by Marcus Zusak

The Book Thief is a novel by Australian author Markus Zusak. Narrated by Death, the book is set in Nazi Germany, a place and time when the narrator notes he was extremely busy. It describes a young girl’s relationship with her foster parents, the other residents of their neighborhood, and a young Jewish man who hides in her home during the escalation of World War II. First published in 2005, the book has won numerous awards and was listed on The New York Times Best seller list for over 230 weeks. Brian Percival has directed the film adaptation, which Michael Petroni scripted. The film was released on November 2013. Much of the movie was filmed in Görlitz, Germany. The film features Geoffrey Rush and Emily Watson.

Markus Frank Zusak is an Australian writer. He is best known for The Book Thief and The Messenger  (US title, I Am the Messenger), two novels for young adults which have been international bestsellers. He won the annual Margaret Edwards Award in 2014 for his contribution to young-adult literature published in the US. 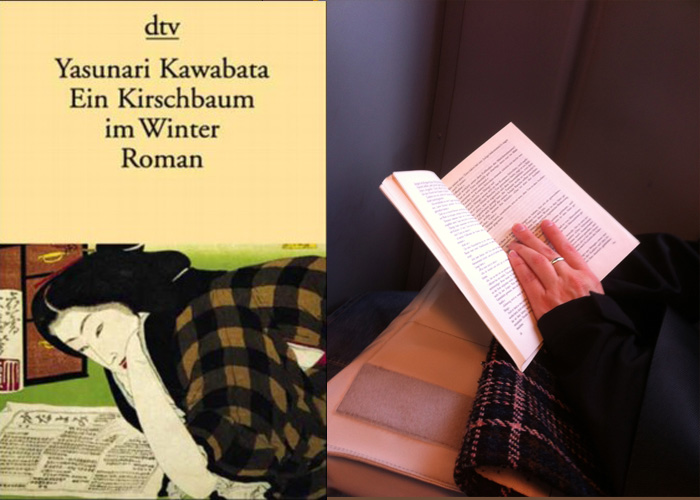 The Sound of the Mountain (Ein Kirschbaum im Winter in the german version) is a novel by Japanese writer Yasunari Kawabata, serialized between 1949 and 1954. The Sound of the Mountain is unusually long for a Kawabata novel, running to 276 pages in its English translation. Like much of his work, it is written in short, spare prose. The novel centers upon the Ogata family of Kamakura, and its events are witnessed from the perspective of its aging patriarch, Shingo, a businessman close to retirement who works in Tokyo. Although only sixty-two years old at the beginning of the novel, Shingo has already begun to experience temporary lapses of memory, to recall strange and disturbing dreams upon waking.

Yasunari Kawabata was a Japanese short story writer and novelist whose spare, lyrical, subtly-shaded prose works, won him the Nobel Prize for Literature in 1968, the first Japanese author to receive the award. His works have enjoyed broad international appeal and are still widely read.

Kitchen is a novel written by Japanese author Banana Yoshimoto in 1988 and translated into English in 1993. In Kitchen, a young Japanese woman named Mikage Sakurai, struggles to overcome the death of her grandmother. She gradually grows close to one of her grandmother’s friends, Yuichi, from a flower shop and ends up staying with him and his transgender  mother, Eriko. Although one may notice a certain Western influence in Yoshimoto’s style, Kitchen is still critically recognized as an example of contemporary Japanese literature.

Banana Yoshimoto is the pen name of Japanese writer Mahoko Yoshimoto who was born in Tokyo. Her father is the famous poet and critic Takaaki Yoshimoto, and her sister, Haruno Yoiko is a well-known cartoonist in Japan. She grew up in a liberal family. She graduated from Nihon University’s Art College, majoring in literature. During those years, she took the pseudonym “Banana” after her love of banana flowers, a name she recognizes as both “cute” and “purposefully androgynous.”