While riding the tram over the last weeks, I found myself observing what people read and decided to start a compilation of the different genres and authors found in the public transport. This is the fifth five-book instalment: 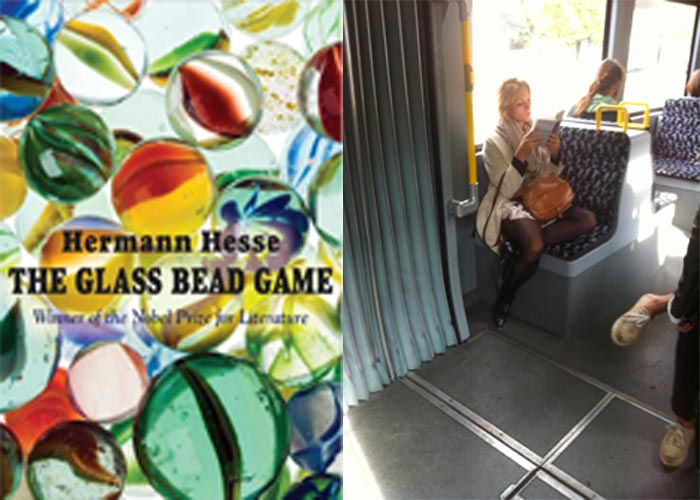 The Glass Bead Game is the last full-length novel of the German author Hermann Hesse. The book lays the foundations for an Artistic/Conceptual Game, which integrates all fields of Human and Cosmic Knowledge through forms of Organic Universal Symbolism, expressed by its players with the Dynamic Fluidity of Music. The Glass Bead Game is, in Reality, an Age Old metaphor for what has been called, the “Divine Lila” (Play or Game of Life).

Hermann Hesse was a German born Swiss poet, novelist, and painter. His best-known works include Steppenwolf, Siddhartha and The Glass Bead Game, each of which explores an individual’s search for authenticity, self-knowledge and spirituality. In 1946, he received the Nobel Prize in Literature.

World Without End is a best-selling 2007 novel and the sequel to 1989’s The Pillars of Earth. The story takes place in the same fictional town as Pillars of the Earth, Kingsbridge and features the descendants of some Pillars characters 157 years later. The plot incorporates two major historical events, the start of the Hundred Years’ War and the Black Death. The author was inspired by real historical events relating to the Cathedral of Santa Maria in Vitoria-Gasteiz.

Kenneth Martin “Ken” Follett (born 5 June 1949) is a Welsh author of thrillers and historical novels. He has sold more than 130 million copies of his works. Many of his books have reached the number 1 ranking on the New York Times best-seller list, including Fall of giants,, The key to Rebecca, Lie down with lions, Triple, Winter of the word and World without end. 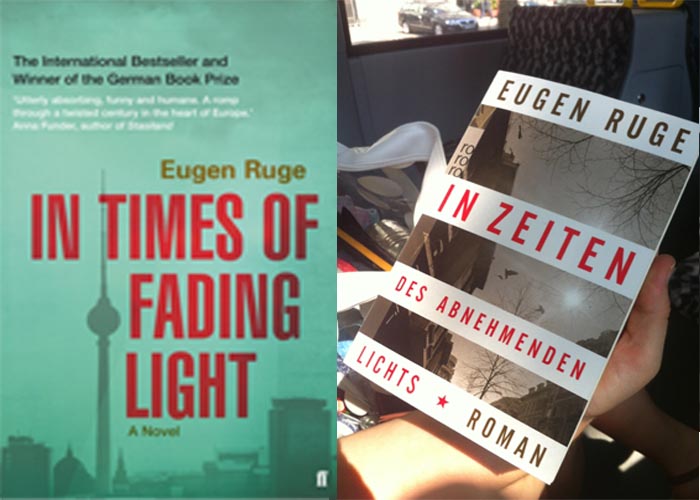 In Times of Fading Light begins in September 2001 as Alexander Umnitzer, who has just been diagnosed with terminal cancer, leaves behind his ailing father to fly to Mexico, where his grandparents lived as exiles in the 1940s. The novel then takes us both forward and back in time, creating a panoramic view of the family’s history: from Alexander’s grandparents’ return to the GDR to build the socialist state to his father’s decade spent in a gulag for criticising the Soviet regime to his son’s desire to leave the political struggles of the twentieth century in the past. With wisdom, humour, and great empathy, Eugen Ruge draws on his own family history as he masterfully brings to life the tragic intertwining of politics, love, and family under the East German regime.

Eugen Ruge was born in the Urals, studied mathematics in Berlin and became a member of the research staff at the Central Institute for Geophysics in Potsdam. Before leaving the GDR for the West in 1988 he was a writer, contributing to documentaries made at the state-owned DEFA Studios. Since 1989 he has been writing and translating for theatres and broadcasters, and teaches periodically at the Berlin University of the Arts. 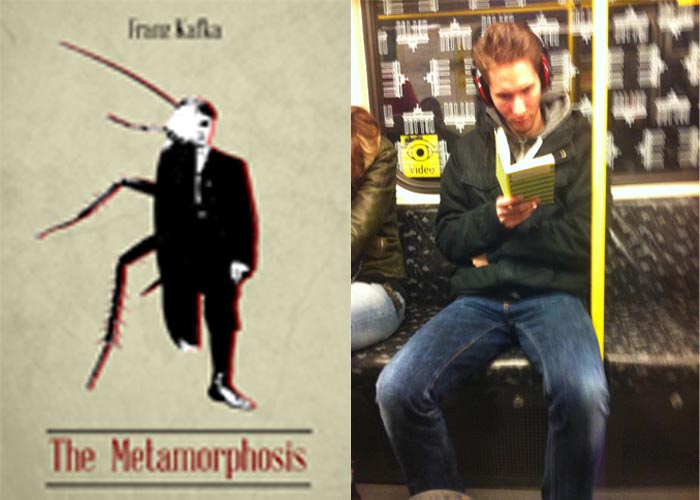 The Metamorphosis (Die Verwandlung in german) by Franz Kafka

The Metamorphosis was published in 1915. It has been cited as one of the seminal works of fiction of the 20th century and is studied in colleges and universities across the Western world. The story begins with a traveling salesman, Gregor Samsa, waking to find himself transformed (metamorphosed) into a large, monstrous insect-like creature. The cause of Samsa’s transformation is never revealed, and Kafka himself never gave an explanation. The rest of Kafka’s novella deals with Gregor’s attempts to adjust to his new condition as he deals with being burdensome to his parents and sister, who are repulsed by the horrible, verminous creature Gregor has become.

Franz Kafka was a German-language writer of novels and short stories, regarded by critics as one of the most influential authors of the 20th century. Most of his works are filled with the themes and archetypes of alienation, physical and psychological brutality, parent–child conflict, characters on a terrifying quest, labyrinths of bureaucracy, and mystical transformations. 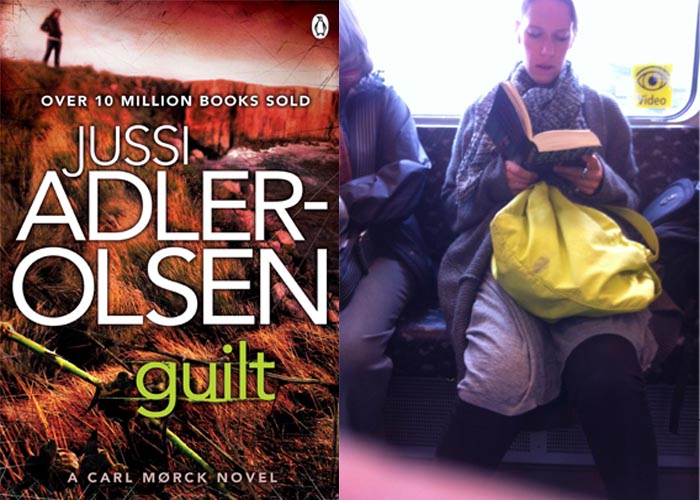 Following the international No 1 bestsellers Mercy and Disgrace, Guilt is the fourth heart-stopping Department Q novel from Jussi Adler-Olsen, and a gripping treat for all fans of the Scandinavian crime thriller 1987. Nete Rosen thought she’d put her traumatic youth behind her. Her caring foster parents and loving husband helped her start again. However, when a man from her past reappears one night, Nete’s new life could be shattered.But she won’t be drawn back into that nightmare – she won’t be a victim again in 2010.

Jussi Henry Adler-Olsen (born August 2, 1950) is a Danish author, publisher, editor and entrepreneur. Adler-Olsen’s career is characterised by his great involvement in a wide range of media related activities. In 1984 he made his debut as a non-fiction writer.